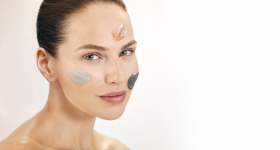 THE NORDIC region’s beauty market has, like every other country, been hit by the Covid-19 pandemic. However, the stability of societies in Norway, Sweden, Finland, Denmark and Iceland has meant that their retail sectors have avoided some of the chaos linked to the health emergency that that has harmed other markets.
Read more

EUROPEAN NONWOVENS RECORD SOLID PERFORMANCE WITH NO NEGATIVE CONSEQUENCES FROM BREXIT OR TRUMP, YET

BY ALAN OSBORN, in London; and EUGENE VOROTNIKOV, in Voronezh, Russi
Read more 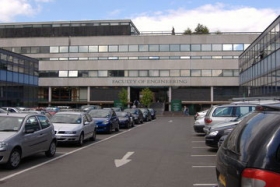 By Paul Cochrane, in Beirut Going by overall figures of new cars sold, the automotive sector is doing surprisingly well in the current economic environment, up 4.33 percent in the first eight months of the year on 2012, and in comparative terms, above the GDP forecast of 1.6 percent for 2013. Furthermore, the figures are up on last year’s August results, which grew by 7.6 percent on 2011, and the 2.1 percent growth reported in the same period in 2010. But the sector is far from being in good health and bucking the downward trend in much of the rest of the economy.
Read more

THE ADDED value created by Spain’s textile and clothing sector will fall by 8.8% in 2009, according to forecaster Business Monitor International (BMI). Currently, ranks Spain’s entire textile industry as 13th in the world in terms of textile and clothing manufacturing value added, which BMI priced at US$12.45 billion in 2008.

The recession also appears to be casting a medium-term shadow over the sector, with textile and clothing value (T&C) added also falling by 3.3% in 2010, reflecting difficult international economic conditions, said BMI: “We see a recovery beginning to set in only from 2012, with growth of 0.2%,” said a spokesman. “The industry’s trade performance will also reflect the especially difficult international economic situation. This year [Spanish] T&C exports will fall 7.8% to US$9.74 billion, with imports down 3.2% to US$17.76 billion. As a result there will be a T&C trade deficit of US$8.01 billion. The reason is a fast shrinking domestic market: Euromonitor estimates that the resulting contraction in the Spanish textile and clothing industry will cause make it shed up to 30% of its workforce over the next five or six years.

All five countries are also developed economies, whose consumers have money to keep their personal care product traders afloat.