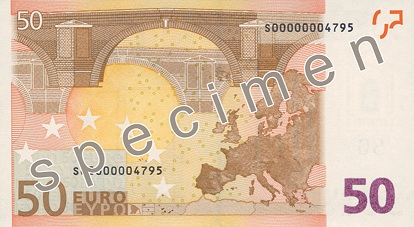 Britain’s recent refusal to sign a new European Union (EU) treaty that would impose tougher controls over the level of budget deficits EU governments can run might seem like prudence, given the appalling state of the Euro. But the failure of Britain to negotiate itself a real say in how Eurozone members control public spending poses grave risks for the UK and its financial sector.

By standing aside from this agreement, Britain has cleared the way for Euro-zone members to agree their own financial industry legislation, which could ultimately make it easier for Euro trades to be made in Frankfurt than in London – and that might prove a bitterly expensive pill to swallow. The irony is that the senior partner in Britain’s ruling coalition government – the Conservative Party – has always been a pro-business party. And yet, the visceral nationalism and Euro-scepticism of some of its members threatens the financial health of this key constituency.

And if fears about losing City of London business to Frankfurt really did grow, just watch the UK follow Euro-zone financial regulations anyway. In this scenario, it would lose more sovereignty than it will gain by sitting in less-than-splendid isolation while others make decisions that will shape the UK’s future. It is a bit like the Swiss – they profess absolute neutrality over everything. And yet, they are always signing up to this or that bit of European legislation – recently doing away with border controls with EU member states.

The financial players in the City of London know all of this of course. For they trade around the world, and they know that the big corporations in America and the giant emerging market countries want to trade with one single European market, not a patchwork of 27 states. And if Britain retreats to being a semi-detached part of this union, its influence over the trade policies of the EU could dwindle. And this really matters, because the EU still controls trade agreements made for its members and will continue to do so. Some Conservatives retain wistful rose-tinted fantasies of Britain quitting the EU and then governments of the Commonwealth (once the British Empire) would strike replacement trade deals – maybe for old time’s sake, given the UK was supposedly such a civilised coloniser. This is romantic hogwash. The BRICs countries (inside and outside the Commonwealth) want to do business with the EU – not little Britain – which will remain a comparatively small market.

The same applies to trade with the US – another common Eurosceptic dream – that Britain should ally its trading and regulatory policies to that of America not Europe. This ignores the reality that the EU, USA, others are already getting together on harmonising their rules and regulations on a huge variety of issues. It is why the US likes the EU – because it enables their big companies and regulators to get their rules in sync with those governing the EU’s 500 million people.

A good example came just a couple of weeks ago – under the auspices of the UN Global Forum for the Harmonisation of Vehicles Regulations (yes it exists!). There, the USA, EU and Japanese auto industries and regulators got together to write the global rule book on how to make, run and charge electric vehicles – which we’ll all be driving in 20 years’ time. It’s a huge law – it will cover utilities; auto makers; safety regulators etc etc… And there are many more examples like this – medicines – the European Medicines Agency and the FDA of the USA will from January conduct joint safety inspections on all the medicines we use – working from a common rule book. Food – scientific safety standards for all WTO members (basically the whole world once Russia joins in the New Year)…are all based on a Rome-based body, the Codex Alimentarius. If a country (or the EU for EU member states) decides it wants to block the import of a foodstuff on health grounds – those grounds have to comply with Codex rules – or you get hammered by retaliatory duties at the WTO. I could go on and on (G20 rules on financial disclosures preventing another 2008 meltdown etc).

This is the coffee that has to be smelt by Britain’s dreamy Eurosceptics – national sovereignty over huge areas of our daily lives has been signed away for years. The EU is just part of a huge process of global law and regulatory harmonisation that has been happening and – crucially – will continue. There are similar processes in NAFTA, ASEAN (SE Asia), Mercosur (Latin America) and elsewhere.

This means that Britain can never ‘go it alone’ from Europe – because its key would-be trading partners want it to follow European rules, not only to make exports easier, because they want to follow the same rules too to help imports as well. It’s all just good business. And campaigners wanting Britain to withdraw from the EU can pretend this reality isn’t there if they like – but the markets won’t, and they demand to be heard.