Home / Can a common history syllabus be developed for Africa?

Can a common history syllabus be developed for Africa? 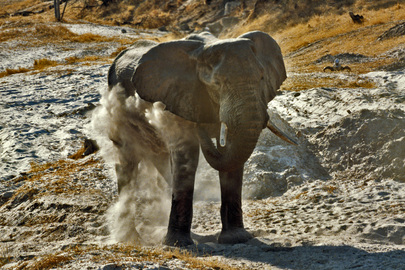 Historians are working with Unesco and educationalists to try to develop a common African history syllabus, including the teaching approach and pedagogical materials. The ambitious project will initially focus on helping primary and secondary schools and, this coming year, an assessment will consider how universities in Africa could benefit. But can history really be taught on a continent-wide basis?

Both projects draw on the eight volume Unesco-coordinated General History of Africa written from 1964 to 1999 which tried to create a standard for the continent written from an African rather than a colonial European perspective.

At a conference in the Libyan capital Tripoli from 10-17 June, 150 history and educational experts discussed the work. As regards primary and secondary education, it involves developing common educational materials for schools: a historical atlas plus a DVD and training tools for teachers. A 10-member scientific committee, representing the continent’s five sub-regions, will oversee the project which has received US$2 million in funding from Libya.

The aim, said a Unesco communiqué, was “to enhance history teaching in African Union countries with a view to promoting regional integration”.

Unesco Director-General Irina Bokova attended the conference. She claimed the General History of Africa “marked a revolution in the recognition of Africa’s cultural heritage”, and added:

“This conference is part of the next phase of the project which calls for promoting the General History’s use in African schools. Making this scholarly history accessible and available to students through such educational tools as an atlas and a DVD will ensure that young people all over the continent are able to learn about their common heritage.”

The project, said a briefing note from Unesco, was a priority for cooperation between the Paris-based UN agency and the African Union. It was part of the regional body’s Action Plan of the Second Decade for Education in Africa, for 2006-2015, “which lays emphasis on strengthening the links between education and culture and on improving the quality of pedagogical contents”.

Its main objective, said Unesco, was to contribute “to the renovation of history education on the basis of the General History of Africa within [AU] member states and to promote an African perspective in teaching history…”

A parallel goal is boosting the integration of Africa’s states, the main aim of the union which is modelled loosely on the European Union.

Unesco official Lamine Diagne told University World News: “The overall goal of this project is to contribute to the regional integration process in Africa. It is to help African countries to have shared values.”

Diagne agreed the project would be tough: “African countries are aware of the difficulties we have here – but nothing is easy. They are ready to overcome the obstacles and Unesco is ready to help them.”

Not all historians think such harmonisation of history is a good idea, however, preferring to allow the free interplay of ideas and evidence to get closer to the truth about the past.

UK-based African historian Dr Iain Smith said: “Africa has a hugely diverse range of countries and cultures. And the idea that something as remote as Unesco can create an all-Africa schema for all teaching raises my suspicion.

“The job of a professional historian is to demystify the past, not allow myths to be created for self-serving entities like governments…”

A good example was the slave trade, he said. “Is the present state of Dahomey [Benin] going to teach the slave trade when all the research shows the central role of the King of Dahomey in trading subjects as a commodity they were quite happy to sell to European traders in return for guns?”

Other touchy subjects that might lead to clashes over historical interpretation would include the Sudan civil war between the current government and that of Southern Sudan which may become independent next year.

Or in South Africa: “How can you get a common accepted approach to the Battle of Blood River or the Great Trek?” Smith asked, referring to the conflicts between migrating white Dutch-speaking South Africans and black African populations in the 19th century.

An American Africa specialist historian who supported the idea was Professor Jean Allman, history department chair at Washington University in St Louis, US. Allman told University World News: “I think it’s a terrific idea and the time is right.”

A Unesco scientific committee member Professor Shamil Jeppie, of the University of Cape Town in South Africa, said there were real practical imperatives behind the project: “The purpose of this initiative is to assess and improve the teaching of African history at school level in Africa. It appears to be in a sorry state.

“There are instances in Francophone Africa where textbooks are imported from France and history is taught as though in France, with no reference to Africa. This is a huge step backward and tells young people that Africa has no history.”

Jeppie said the Unesco general history contained volumes that are “rather dated” because of “ongoing historical research and new approaches and questions”. But a comprehensive review has been undertaken and the committee knew “we have to work with this situation and improvise around the volumes”.

He added: “It is far too important an opportunity for us to miss. We as historians very seldom have such opportunities. Nothing was done to really promote those volumes and history teaching around them in 1980s and 1990s.

“It may be rather late now but we can use them as a basis especially in light of the neglect of the subject on the continent.”

Jeppie said the committee was exploring the development of supplemental materials “based on the latest pedagogics and historiography”. The committee represents Africa’s five sub-regions (north, east, west, central and southern) and its members were designated by Unesco last year.

This followed consultations held with, among others, the African Union, the Africa Group of Unesco in Libya, the African Historian Association, the International Association of Historians and former members of the General History of Africa scientific committee.

Also on the committee are Professor Elikia M’bokolo of the Democratic Republic of the Congo, who teaches at the Ecole des Hautes Etudes en Sciences Sociales in Paris, and who is President, Professor Alaa El-din Shaheen of Cairo University in Egypt and Professor Tayeb El Bahloul of the University of Al Fateh in Tripoli in Libya.

They will work closely with ‘focal points’ – senior officials in African governments who will provide information to the committee and also feedback on its work. Unesco says 46 governments out of 52 have appointed these officials with the other six poised to do so.

Another key strand is the preparation by a Unesco-appointed expert of an evaluation report on the current status of history teaching in Africa, both general history and African history.

Also, 16 African historians working with Unesco and the Association of African Historians will review the content of the eight volumes of the General History of Africa. And two historians will investigate how the African Virtual Campus can distribute the project’s teaching materials.

A regional meeting of teacher trainers will be staged in early 2011 to see how the general history can improve initial and in-service teacher training, determine the content of a teachers’ guide to accompany the three history textbooks mentioned above and appoint a team of experts to draft the guide.

*This article appeared with permission from http://www.universityworldnews.com, the world’s only global higher education publication